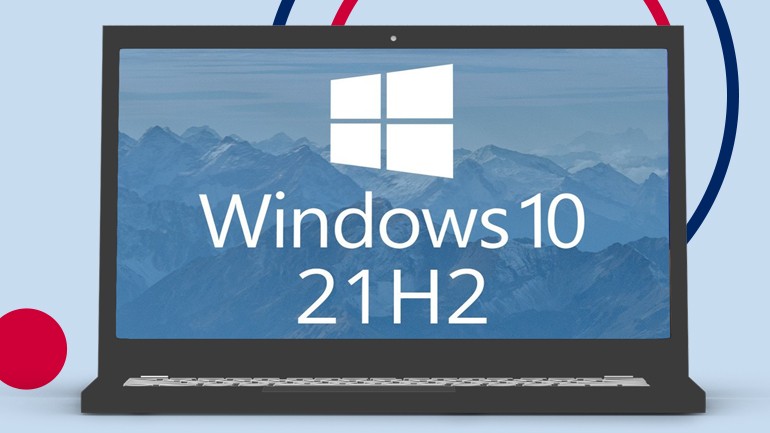 In our previous issue, we advised that we'll be turning on the in-place upgrade feature for remaining Windows 10 v1909 devices to update them to v20H2 in March. In the meantime, work progressed in the background on the preparation of a Windows 10 v21H2 build for eT4L devices. A pilot in 20 schools has commenced, testing the F12-rebuild function to install 21H2 across a variety of devices. In addition, these schools will be testing a new in-place upgrade for existing 1909 devices to move to 21H2 - without the need for a rebuild and deletion of local files and installed applications.

Following successful completion of this pilot, Information Technology Directorate intends to generally release Windows 10 v21H2 for schools as both an F12 rebuild and an in-place upgrade for v1909 devices initially. It is anticipated that this release will occur during the April school holidays.

News  SSO for all apps on Marketplace

In our previous issue, we highlighted the department's new online learning tools marketplace which provides schools with an approved product catalogue of commercial educational online resources. The department has ensured that each product listed meets requirements for syllabus, pedagogy, data privacy and cyber security. But did you know that another prerequisite for being listed in the Marketplace, is that every service must be Single Sign-on (SSO) compliant? This means for any school subscription for any product in the online learning tools marketplace, the sign on process will automatically recognise every student and staff member's NSW DoE credentials and immediately allow access. If using a managed school Windows device, the first time logon to the device will automatically authenticate the user for the subscription service as well. So there's no additional user account and no extra sign-on process needed! Just another great reason to take on services through the marketplace.

About 1,600 schools now use Secured Internet Edge (I@E) for their Internet services, delivering a direct internet service through Telstra, with local Internet filtering provided through an on-site Palo Alto or Fortinet appliance. The filtering level applied is based on the logged on user at each device. If the user is a student in Kindergarten, then kindergarten-level filtering is applied. Users in Stage 6, have senior high school-level filtering applied. And if the user is a staff member, then the staff filter applies. Devices will remain authenticated for I@E for eight hours for each user, or until the device is logged off or switched off. But when using a shared Windows device, if the user LOCKS the device (Ctrl-L), and another person chooses Switch User, the first user's I@E session remains, including their internet filtering level. If a staff member locked the PC and a student does Switch User, the student will get staff-level filtering when browsing the Internet. For this reason, staff should ALWAYS log off when walking away from a device shared by students.

News   Chrome to be default browser

Schools across NSW will see Chrome set as their new default browser on all DoE-managed devices from Thursday, 7 April 2022.

The IE browser will remain on each device and can be launched if required, up until Wednesday, 15 June 2022, when Microsoft will retire the browser completely.  Work is underway to test DoE-managed applications in Chrome and to ensure those applications that currently require IE, including SAP forms, are updated prior to 15 June.

Info   Troubleshooting: Why does Adobe Acrobat DC refuse to install via UDM? 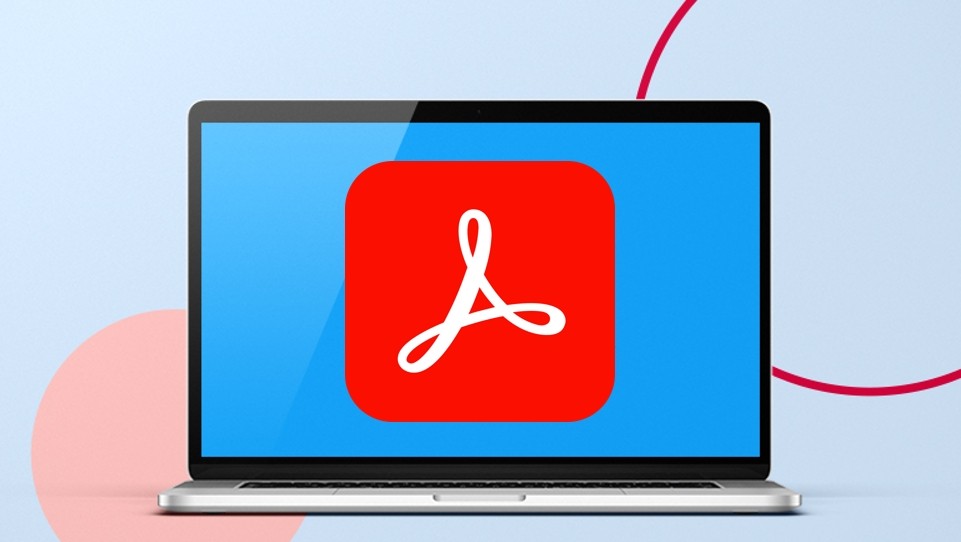 When you first F12-build a Windows device, Acrobat Reader is included with the build. It allows users to open, view and print PDF files and even fill in PDF forms. But many staff users in particular need the ability to edit PDF files and create their own forms or portfolios. In order to do this, the Adobe Acrobat DC package needs to be installed on the computer. For school-owned computers, this can only be installed as a push-request from UDM by the school's ICT Coordinator or TSO.  As one of the most-commonly deployed programs, Acrobat DC can also be one of the more frustrating to deploy. Many schools have used UDM to deploy it, only to find it installs on some devices but not on others, even after waiting days.  All UDM deployments are completely silent and run in the background, even while a user is logged on. There are no prompts for the user and there is no indication of success, apart from the desired program suddenly appearing on the target devices, ready for use. But because it is silent, there is also no notification of a failed installation. So it's important to understand what could cause a failed install. Acrobat DC wants to install plugins, so it will fail if any of the following are open and in use:

Once the install has failed, it may or may not retry the install at a later time, and this is dependent on the reason it failed. If Acrobat DC is not there within two days, it's safe to assume it failed. UDM installs are usually successful when the device is turned on, but not logged on. Or, logged on, but not being used, with Office and browsers closed. For this reason, it's best to negotiate when to deploy it with each user.

Many teachers have worked out how to do Parent-Teacher online meetings with Zoom, but what if you want to use Microsoft Teams instead? To simplify things for the teacher, ideally they would schedule a block of time when all of the separate parent meetings will run. The teacher would then be in the Teams meeting room and admit each parent, one at a time at their alloted timeslot. So how can you schedule a meeting that has the same meeting URL for every parent, but make sure that every parent starts off in a Waiting Room until the teacher individually lets them into the meeting itself? This step-by-step video explains it all! Share it with your teachers.

Info   Acrobat DC after an F12-Rebuild

Following on from the Acrobat DC article above, what happens if you F12-rebuild a computer that had Acrobat DC previously deployed to it? Will it be redeployed automatically with the rebuild? The correct answer is: "it depends". As long as the exact version of Acrobat DC on the device being rebuilt is the same version as is currently in UDM, then yes, Acrobat DC will be automatically installed following the rebuild - as will any other package that was associated with the device. However, if the version of Acrobat DC in UDM is newer, then it will not be installed and the school's ICT Coordinator or TSO will need to redeploy the newer package, taking into consideration the advice provided above.

The Universal Resources Hub provides a central place for teaching and school-based staff to access and share quality-assured resources. The hub is an enhanced version of the Digital Learning Resources Hub. It was rebranded and expanded to include school improvement resources. Developed in partnership with the Rural Access Gap program and School Success Model, the hub offers 400-plus teaching, learning and school improvement resources, and more are being added all the time. All resources are quality-assured by the department's experts and are assessed through a new, standardised quality assurance process. Learn more about the Universal Resources Hub and watch the video below for a quick overview. Please pass on this resource to all teachers at your school!

Maybe you've used Scratch with your students, but have you discovered Microsoft MakeCode yet? It's a free, open-source platform for creating engaging learning experiences for your students in computer coding. Makecode will help develop skills that support a progression path into real-world programming. For teachers, you'll also find lesson plans and projects to help bring MakeCode into the classroom. And did you know there's also Microsoft Makecode Arcade? It lets students gamify their computational thinking and programming skills, leading to incredible engagement. The latest list of updates are aimed squarely at accessibility, to allow everyone to use Makecode! With progress paths built in, it's great for Stage 2 and up. 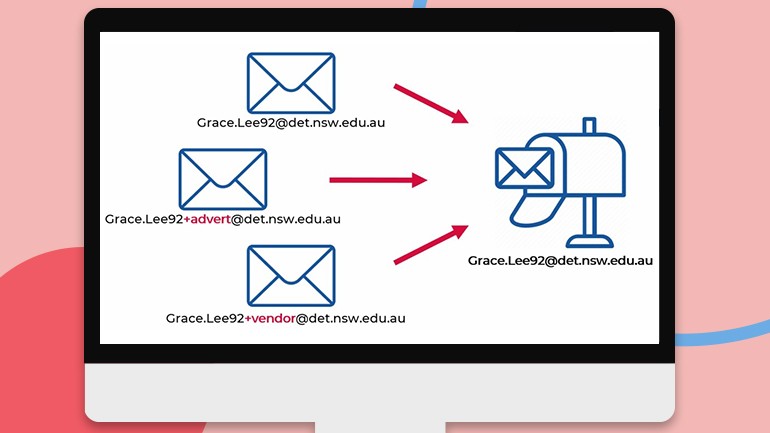 There are multiple ways to manage email overload. You've always been able to create sub-folders in your Inbox to sort your mail into, making it easier to find them later. Or you can create Rules to identify incoming mail from a certain person or about a specific subject and have it automatically placed into appropriate sub-folders. "Plus" addressing is a new feature that's now available with your department email address and with it, you could have an infinite number of unique email addresses that all point to your department mailbox.  For example: Grace.Lee92@det.nsw.edu.au OR Grace.Lee92+anything@det.nsw.edu.au - these are two different email addresses, but mail sent to either address will end up in the same inbox. How you choose to use this feature is completely up to you!  You can share different email addresses for different purposes, then use Rules to manage the incoming mail based on the recipient address used.

Many schools with multi-function imaging devices (MFD) have a folder set up on their eT4L server, where scanned documents from the MFD are automatically saved. If your school has this folder set up, it should be at \\detnsw.win\9999\scans - where 9999 is your school code. The intended use of this shared folder is to temporarily hold files that are scanned at the MFD. Staff are expected to browse to the Scans folder, find their document or image and copy it to a work or personal share, or to their cloud storage - then delete it from the Scans folder. It is not intended for long-term storage. In many cases, this is not happening and available space is filling up. A new scheduled weekly cleanup process starts from 24 March. Any files stored in Scans that are older than 30 days, will now be automatically deleted - along with any user-created sub-folders in Scans. Please advise your staff.

Besides just reading news.T4L, have you ever explored the Technology 4 Learning website? The T4L team wants to make sure that our website is simple, reliable and effective for you. We offer many resources for teachers and even students - from PL event bookings through to on-demand PL, our magazines and quick tips. To help us understand your needs better, we want feedback from news.T4L readers. How often do you explore the resources on the site? Do you share links you find with colleagues? We know how busy you are, but if you have a spare couple of minutes right now, we would really appreciate hearing from you via this quick survey.  And for those happy to go a little further, T4L is also looking for school staff  who would be interested in joining a focus group. Would you like to optionally join in and be part of our journey? Take the T4L website survey now.

Fun   ICT Thought of the day

Information Technology Directorate publishes three issues of news.T4L each term. Remember - share each issue with your staff! And if you aren't receiving an email notification as soon as a new issue of news.T4L drops, then you're missing out! So why not subscribe?

Tell us about your school's great ICT initiatives! Send us an email to T4LNews@det.nsw.edu.au

Return to top of page

Copyright for this website is owned by the State of New South Wales through the Department of Education. For more information go to http://www.dec.nsw.gov.au/footer/copyright.